Why You Should Invest in Charleston, South Carolina Rental Properties

"Over the past 14 years, rents have grown at twice the pace of income, due to weak income growth, burgeoning rental demand, and insufficient growth in the supply of rental housing. (In 2015), we expect rents to rise even faster than home values, meaning that another increase in total rent paid similar to that seen this year isn't out of the question. In fact, it's probable."

If you have ever considered investing in real estate by purchasing rental properties, then Charleston SC is well worth your attention. If you were going down a checklist with points indicating the relative attractiveness of a market, the Charleston area would score very highly, when compared with other locations in the state and throughout the country.

Whether you are a first-time investor, or you are a small independent landlord looking to increase your cash flow, adding to your portfolio of rental properties has always been considered to be an excellent way to build real wealth.

There are a number of factors to consider when deciding where to purchase your next rental home. Choose the right city and the right neighborhood, and you are well on your way to steadily increasing your net worth over the long-term. Pick the wrong area, and you risk disastrous financial outcomes, including foreclosure or even bankruptcy.

Let's take a look at why Charleston is one of your better bets for earning great returns and furthering your lucrative career as a landlord. 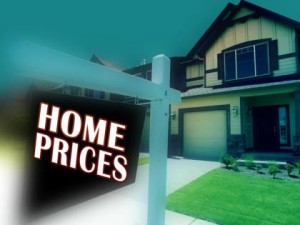 Home prices in Charleston are higher than the national average, and considerably higher than the rest of the state. However, value (and therefore, equity) is increasing, year-over-year.

Increases in rent are outpacing increases in home prices. This is a key factor that makes Charleston so attractive.

As reported by the rental information website rentjungle.com, the average rent within 10 miles of Charleston is $1333 per month. More importantly, the trend shows that within the last six months, average rents have increased by $162 a month, or approximately 13%.

As a whole, the state of South Carolina has an average rental rate of $1124, compared to the national average of $1342.

Also, Charleston County was the only area in the state to rank on RealtyTrac’s Residential Property Rental Report as one of the best locations in the country for renting to the "millennial" population – individuals born between the years of 1977 and 1992. Between 2007 and 2013, the millennial population of Charleston grew by 27%.

Why this is so important, is that millennials are renters, then buyers. Daren Blomquist, the Vice President of RealtyTrac, said, "Looking at these markets where they're moving to will be markets where, for at least the next five years, it's going to be great to own rental property."

As a landlord, you obviously want to know that your potential tenant base has good job prospects. This helps you avoid long periods of vacancy. 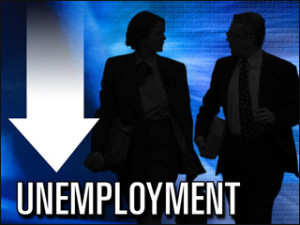 The country as a whole has a real median family income of $64,030, representing a .94% increase year-over-year, but also a 1.12% decrease over three years.

Charleston, on the other hand, is on the rise. Real median family income is almost 4% HIGHER than the national average at $66,492. Doing the math, you can see that that income is also more than 21% greater than the rest of the state.

One thing that makes Charleston attractive to ambitious landlords is its diversified economy and quality of jobs. Unlike many towns elsewhere in the country, Charleston does not rely solely on one local business that can at any time be sold or shut down.

According to the Milken Institute, Charleston is the #39 "Best-Performing City" in the country, as measured by a number of economic factors, including how well Charleston creates and sustains jobs and economic growth. The index measures jobs, wages and salaries, and technology growth.

Charleston scored particularly well in the high-tech category, ranking #4 in the country. This reflects the city's growing importance as an IT hotspot in the region.

When you add together all the different factors – rising home values, skyrocketing rental rates, a booming millennial population, lower-than-average unemployment, high wages, and a good local economy – it is easy to see why an ambitious and forward-thinking landlord looking to expand could do very well in Charleston.

As with any real estate venture, it will require due diligence and a bit of both homework and legwork to find the specific properties that fit into your plans and budget. But if you devote the requisite time and effort, you could potentially realize very healthy long-term profits.

Should You Flip Your Rental Property in Charleston?