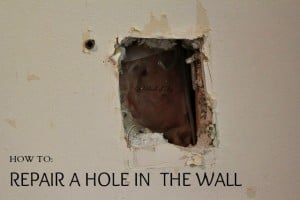 One of the most common damage-repair chores that you might have to do when a tenant moves out of your Charleston rental property is to fix the holes that they negligently (or purposefully) put in the walls. It's almost like it doesn't really matter how good or bad of a tenant that particular renter had been, it seems like there are always holes in the walls.

Sometimes, the holes are accidental – caused by furniture and appliances during move-in or move-out. A dresser can do a lot of damage to a poor defenseless piece of sheet rock. 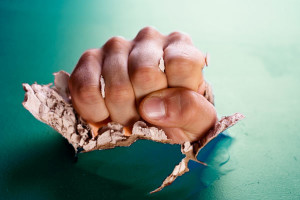 Other times, the holes are due to irresponsibility – one drunken weekend, your tenant thought it would be fun to put his fist through the wall. Perhaps somebody wasn't paying attention when one of their young children decided to play with a hammer. 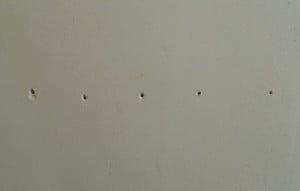 Most often, though it's simple thoughtlessness – despite the fact that the signed lease agreement that you provided when they moved into your Charleston rental property specifically forbids your tenant from hanging pictures on the wall if it means using nails or screws, somehow your tenants thought they could get by with it. No big deal, right?

Now, they've moved out, and the damage has to be repaired during your make-ready process, if you are going to get your Charleston rental property into acceptable viewing condition for the next round of potential tenants.

It is very little consolation that you can deduct the damage from the previous tenants' security deposit, because money or not, there is still the matter of actually performing the repair. It's just too expensive these days to hire a handyman. You are just a small, independent do-it-yourself landlord, so the task falls to you.

You’ve already checked into it, and in the Charleston area, just getting one wall repaired can cost over $250. That's money in your pocket or reinvested into your Charleston rental property.

Let's take a step-by-step look at how two common jobs should be done properly.

Most of the tools that you will need to repair the walls in your Charleston rental property should already be in your DIY toolbox. You probably will still have to go shopping for the project supplies. Because this is such a common repair/maintenance chore, it's okay if you buy a little bit more than you need this time but. You'll definitely need all these things again in the future.

For Your Fully-Stocked, "Drywall Repair Kit"

If you are not used to working with drywall, you might be surprised to find out how heavy just one sheet is. A 4' x 8' piece of sheet rock weighs more than 54 pounds.

While that doesn't sound very heavy, it is heavy enough to tweak your back if you're not careful when you lift it, and heavy enough to possibly hurt you if it falls over on you.

Sanding a piece of drywall will result in airborne gypsum and silica dust, both of which can irritate your lungs. It is advisable to wear a dust mask.

This very common cosmetic project only takes beginner-level skill, but it does require a modicum of attention to detail. If you just try to work too haphazardly, then the end result will show it, and the wall(s) will look irregular.

Obviously, having your potential tenants seeing amateurish irregularities when they come to view your Charleston rental property is not something that you want happening. 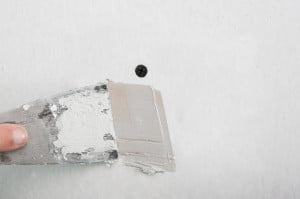 Using a putty knife, fill in the nail holes with the drywall mud, spreading it as evenly as possible. A good tip is to apply the mud in a cross-pattern and apply two coats, letting the first coat dry before putting on the second. This is necessary, because when the first coat dries, it will shrink and leave a noticeable dent in the wall.

Make sure that you scrape off any excess compound after the application. This will save you considerable time after the second coat dries and you are ready to sand. 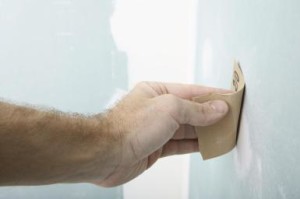 When the second coat is dry, sand the entire surface where the compound was spread, using a fine-grit sanding block or sandpaper. When the surface is completely smooth, you will be ready to prime and paint the wall. 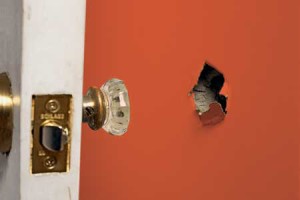 This is another common problem that you might see in your Charleston rental property after your tenants move out. The skill level on this might be considered low-medium, meaning that if you are an experienced do-it-yourself landlord, you should have no problem tackling this.

This is the type of repair job that you are going to need to do when someone has knocked or punched a hole (or worse – holes) in the drywall of the home's interior.

To make the patch that is going to fill the hole in your wall, you first need to cut a piece of drywall that is slightly bigger than the existing hole. Important: it needs to completely cover the entire hole. 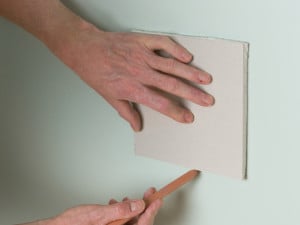 Place the patch over the hole and use a pencil to trace its shape onto the wall.

Using the utility knife or the drywall saw, carefully cut out the damaged wall section, according to the stencil that you made from the patch.

IMPORTANT: Take extra care when you cut near wires or outlets. If the cavity between your interior walls is thin, make sure that you do not punch through the other side. 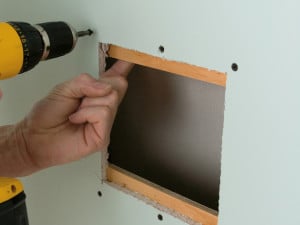 Cut furring strips from the scrap board, making them slightly wider than the hole. Place them on the inside of the hole and use the drill to attach them to the inside face of the wall.  Make sure about half of the board strips overlap into the opening. This is what you're going to attach your patch to. 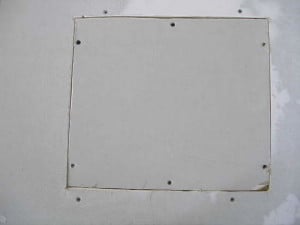 IMPORTANT: Make sure that there are no large gaps around the patch. Because you used the patch as a stencil, that shouldn't be a problem. 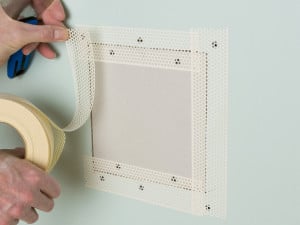 Apply mesh tape along the seams between the patch and the hole. Mesh tape has adhesive on the back, which will make it easier to position. 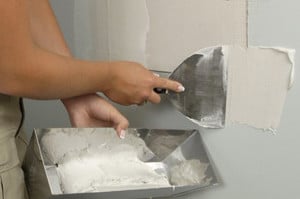 Apply the drywall mud, making sure to fill out any air pockets in the mesh tape. You may have to apply more than one coat as you try to "feather" the edges for a smooth transition. Typically, you will start with your largest putty knife and transition to the smaller knives for the fine touches. 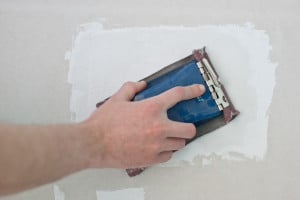 After the compound has dried, you're ready to sand the area smooth. When the patched area is virtually indistinguishable to the touch, you will be able to apply primer and repaint the wall.

Keeping up with the maintenance, repair, and make-ready chores that always seem to pop up a Charleston rental property may seem like a never-ending battle, and in a very real way—it is. Becoming proficient in simple landlord-level repair tasks like this will make your job that much easier and save you thousands of dollars in contractor fees over the years.

Charleston Property Company is dedicated to the principle of equal access for people with disabilities in compliance with the Americans with Disabilities Act (ADA) and HUD guidelines. All the pages on our website will meet W3C WAI's Web Content Accessibility Guidelines 2.0, Level A conformance. Please contact us at info@charlestonpc.com should you have any questions, comments or concerns regarding any accessibility issues.