Charleston Property Managers Talk About Severe Weather and Your Roof

There's an old saying in the roofing business, 'You never really purchase a roof, you just rent them.' Because of the weather extremes endured by rental properties here in the Charleston area, it is easy to see the truth in that old chestnut.

Many people around the country would say that, compared to where they live, Charleston has a mild winter—and they would be mostly correct. For example—this past November notwithstanding—we almost never get snow, and when we do, it's usually only enough to make the ground pretty.

However, our roofs may take more of a beating than we realize. We may not have the harshest of winters, but we still do see some inclement weather. From December to February, we see some sort of precipitation one out of every three days—and it will occasionally dip below freezing. It doesn't take much of an opening for ice to form under loose or displaced shingles and significantly damage a roof.

Even more problematic, however, is the fact that precisely because we don't suffer the same intense snow-driven winters that blast other locales, many of us are lulled into a false sense of security, thinking that we have no reason to be unduly concerned about the roofs over our heads. Or, in this case, the roof over the heads of your tenants.

As Charleston property managers, we want to focus on the importance of rental property maintenance—and that includes your roof.

Damage Begins the Rest of the Year

Any time there is a significant weather event, it is typically the roof that takes the brunt of the damage. Again, compared to other cities across the country, we don't see an inordinate amount of severe weather, but it's not exactly unheard of, either.

Several times over the last couple of years, the Charleston area has received quarter-sized hail. In one memorable instance in June of 2013, parts of the city were struck by hail the size of tennis balls. If you weren't aware, hail the size of a quarter is rated as 1” in size, while the tennis ball-sized hail is approximately 2.5”.

According to roofing experts, anything over three-quarters of an inch is large enough to do substantial damage. The lower the pitch of your roof, the more likely it is to receive an impact sufficient enough to cause damage to the shingles. FYI, the most common 3-Tab asphalt shingle, manufactured by GAF, is NOT rated as impact-resistant.

According to statistics gathered by HurricaneCity.com, Charleston gets hit or brushed by some sort of tropical system about once every three years, and struck by hurricane-force winds every 12 years or so. Tropical Storm Andrea passed over Charleston in 2013, bringing with it 45 miles-an-hour winds.

The wind speed generated by Tropical Storm Andrea, in and of itself, doesn't sound too bad, comparatively. After all, Class D shingles have a wind rating of 90 mph. However, according to the International Association of Certified Home Inspectors, wind speed on a roof can be up to two-and-a-half times the speed of the wind as it blows toward a home. 45 mph * 2.5 = 112.5 mph.

After these weather events–the hailstorms, the tropical events that, etc.–most people know that it is very possible that their Charleston rental property has been damaged. If you are a good, conscientious do-it-yourself landlord, you probably break out your ladder and do a quick visual inspection of your rental home after every bout of significant weather. You probably even perform a short walk-through of the interior, checking for any signs of leaks.

Unfortunately, however, most people lack the training and skills needed to perform a thorough roof inspection.

If you didn't do these things—or make any of the dozens of observations that professional inspectors make—then your efforts, while laudable, really didn't accomplish as much as you'd like.

You probably know the obvious things to look for (missing or broken shingles, for example). But what you may not know is that sometimes the damage can be virtually unseen—and that means that further damage can occur much later down the line from weather events that are not considered severe. 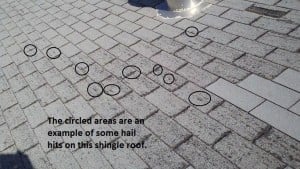 Ponder this scenario: A single shingle was cracked around the edges due to hail. It was the only one, so you didn't see it when you did your cursory once-over from your ladder. 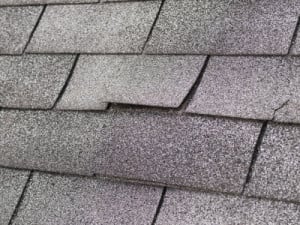 Then, high winds came a few months later and loosened that cracked shingle.

During one of the freezes since then (or perhaps during the snow of this year), a small bit of moisture got under that loose shingle and froze. Not only does this ice loosen the damaged shingle even more, as ice expands, it begins to loosen–but not displace–a few of the surrounding shingles. 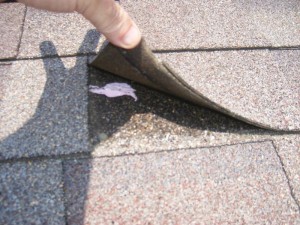 Now, every time it rains, you get a trickle of water through this damaged section. You did the walk-around of the interior—but of course, you didn't go into the closets or maybe the pantry. Over time, the interior damage worsens, and you aren't aware of anything until that section of the ceiling falls in. 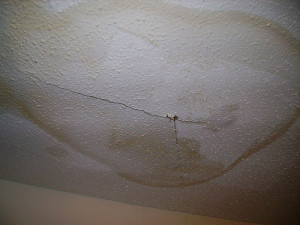 Here's the worst part: because it happened so long after the original damage, there is virtually no way for you to make a provable hail or wind claim with your insurance company. In all probability, this means that the cost of the repairs–the roof, the ceiling, the walls, and maybe even your renter's belongings–will be coming out of YOUR pocket. 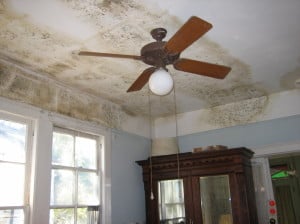 In the worst scenario, the presence of the trapped moisture could have led to mold growth, meaning that on top of everything else, you will need a mold removal specialist. Even if you have a mold rider on your insurance policy, the claims/removal process can take months, during which time, the home is uninhabitable.

Sound far-fetched? If anything, the scenario described pales in comparison to the destruction caused and expenses incurred if the original unseen damage was more widespread. There is a reason that inspectors, roofing companies, mold remediation agencies, and insurance firms are in business.

So what does examining this hypothetical scenario teach you?

Any Bout of Severe Weather Can Damage Your Roof

It is in your best interests to always hire a professional to thoroughly examine your roof following any episode of hail, high wind, snow, or ice storm. In fact, your roof should be completely inspected at least once a year.

It's Best to Hire a Professional

A roofing pro will know exactly what to look for and what to recommend. If damage is found, that person's opinion carries much more weight than yours. Think of that person's fee as a necessary investment/cost of doing business.

If You DIY, Do It Right

If you absolutely cannot stand the idea of paying an inspector's fee, and if you feel that you must perform the inspection yourself, then take the time to do it right. Actually get on the roof and physically examine each section. Please note that because this is dangerous, as Charleston property managers, we don't recommend it. Also remember to physically go into the attic space and personally examine each section of the underside of your roof.

Understand There Are Caveats

Having the roof inspected by a professional roofing company might not give you an accurate picture. Remember, roofing companies are in business to make money by repairing or replacing your roof. In other words, they will almost always attempt to sell you something. An independent investigator, on the other hand gets paid solely to inspect your roof, and has no vested interest in whether or not you make an additional purchase.

Remember That Storm Damage Can Be Sequential

In the above scenario, first came damage from hail, then increased damage by wind, followed by further damage by ice, followed by catastrophic damage caused by water. Remember that real damage can happen months or even years after the original, often insignificant (and inexpensive) damage has occurred.

It is virtually impossible to prove the primary cause of damage at this point, meaning it will be very difficult to make an insurance claim. Water damage is insidious, meaning that water can find the smallest opening. One small leak can turn into a trickle, and then cause much worse damage. The only way to prevent matters from getting worse is to eliminate the original leak.

You are able to keep a roof over your and your family's head by making money through keeping a roof over your tenants' heads. Unless you are constantly vigilant, South Carolina weather will chip away at the integrity of your roof.

Spending a little money (or time) making sure that a proper and thorough inspection of your roof is conducted after every significant weather event is greatly preferable to spending thousands or even tens of thousands of dollars repairing your rental home due to complacency.

How to Navigate a Renter's Market as a Charleston Property Owner

Can I Exclusively Rent to Females? Charleston Property Management Weighs In